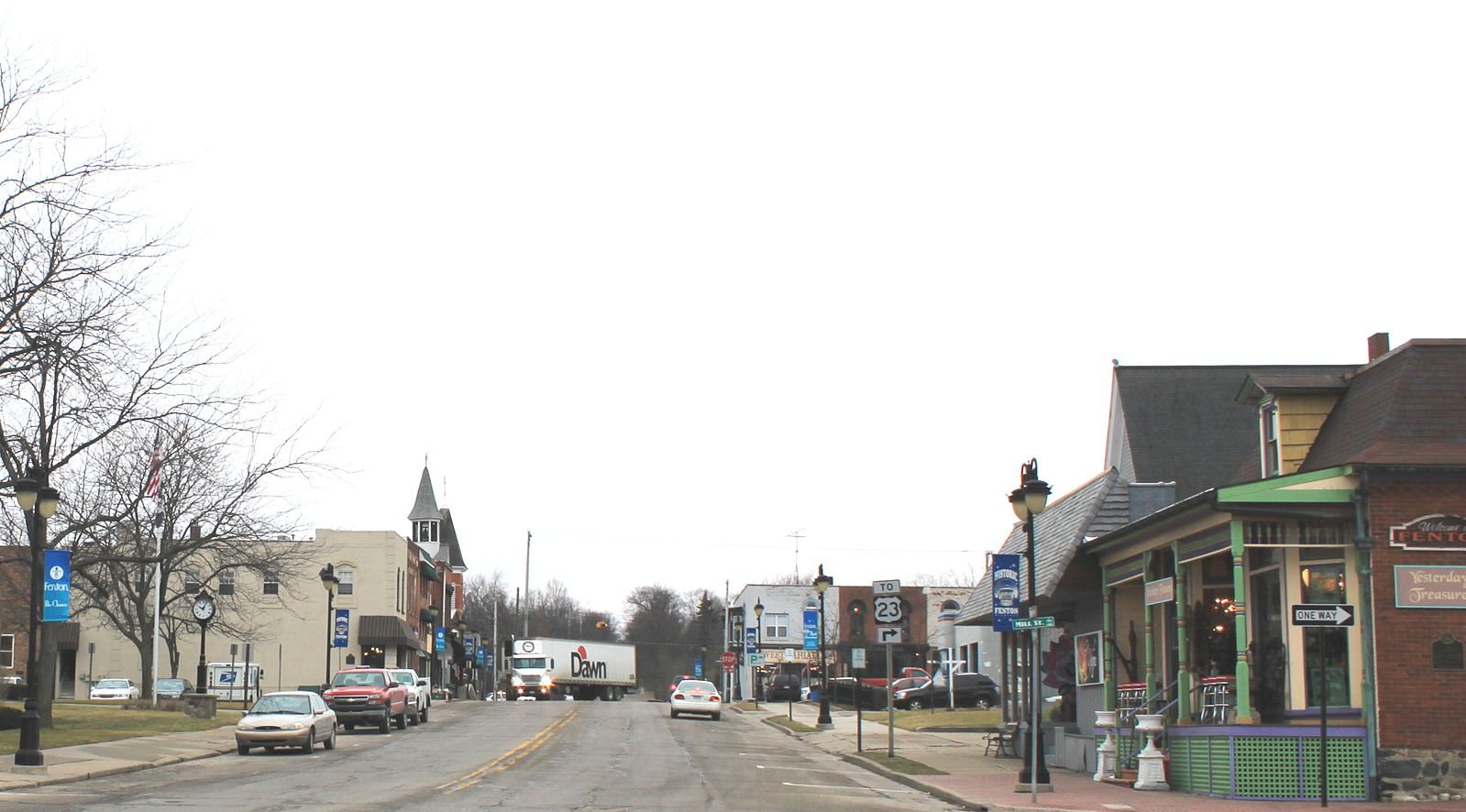 Having long-ago ditched the delightfully quirky name of Dibbleville, Fenton, Michigan continues to be a community full of heart, full of pride, and full of joy.

Fenton sits in a sweet spot that’s both a little bit city and a little bit country. Sixty miles from Detroit and forty miles from Ann Arbor, Fenton is located close enough to urban fun while retaining its character as former farmland. At only seven square miles, it’s small, but it keeps plenty of character in that tiny footprint. There’s something arresting about Fenton; it feels both modern and like a city out of time. It’s crackling with energy if you know where to look, but it retains a lot of the peaceful, rustic, farmland vibe it had for much of its history.

Why Dibbleville? One of the original European settlers was named Clark Dibble. And while it’s unknown if his descendants still reside in Fenton, there’s plenty of opportunity for you to live here! Check out the recently-built starter homes in the mid-$200s, or gawk at a few of the custom-built mansions. Want affordable lake living? How about a 4-bed/4-bath home on the water with a dock for less than $300,000? Or if your dreams involve a custom home, there’s plenty of land in and around Fenton to make those dreams come true.

When you have to leave your new house, US-23 bisects the city, making navigating to-and-from a breeze. Just east of Fenton is Seven Lakes State Park; if you enjoy the outdoors, take advantage of the excellent fishing. Or head there with your family for a memorable weekend of camping and swimming in the beautiful freshwater. The Holly Recreation Area isn’t much further down the road; it features a disc golf course, snowmobile trails, and is home of the annual Renaissance Festival. You can play outdoors closer to home, as well – there are nine public parks within the city, one of which has 300 feet of glorious Michigan beach.

If you’re taking your kids to these outdoor attractions, you’ll probably be sending them to school as well. They’ll be Fenton Tigers and be in an above-average school system. One data point: The most recent high school graduation rate was 88.0%…above the state rate of 81.0%. One more: M-STEP proficiency in 2018 was 72.6%, exceeding the state rate of 44.1%.

Even if school isn’t in your (or your childrens’) future, Fenton has plenty to offer you: Great parks in the city and nearby, a growing downtown, and a serenity that is truly unlike any other you’ll find in southeastern Michigan. Come visit Fenton and feel it for yourself.